MAGNiTT, a platform that tracks and reports developments in the MENA entrepreneurship space, starts 2018 by taking a look at the year gone by and how it treated the region’s startups. Releasing its annual State of MENA Funding report, MAGNiTT finds that in 2017, MENA’s startups attracted US$560 million of investment across 260 deals. This investment activity constitutes a 65% rise from 2016 (excluding amounts raised by Careem and Souq.com), making 2017 “a record year” for the MENA entrepreneurship world, according to MAGNiTT. MAGNiTT’s State of MENA Funding reports are based off proprietary data and publicly disclosed deals covering the period 2014-2017 across MENA. 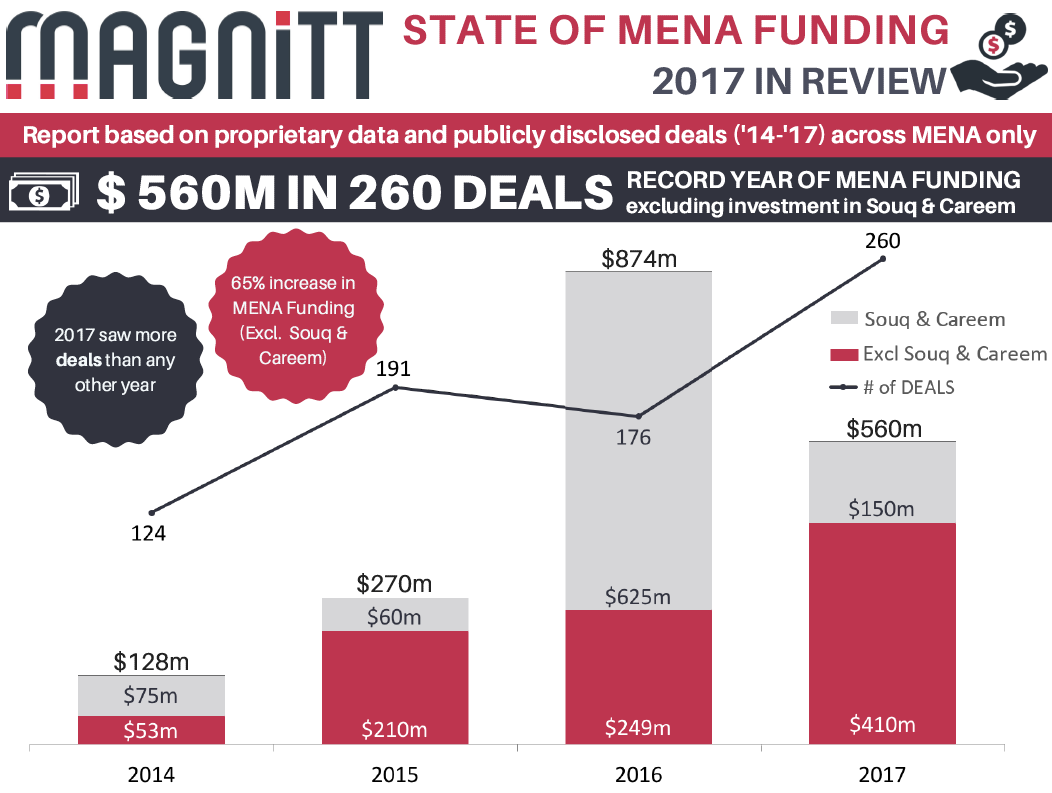 The top five investments recorded were $150 million in Careem, $90 million in Starz Play Arabia, $41 million in Fetchr, $20 million in PayTabs, and $12 million in Wego. With respect to sectoral performance, e-commerce and fintech continued to retain top positions in 2017, accounting for almost 12% of all deals each. The regional Food & Beverage companies saw the largest increase (3%) in deal flow, while technology enterprises (startups driven by proprietary technology, but not in nature of e-commerce and fintech) reported a dip of 2.5% in deals. 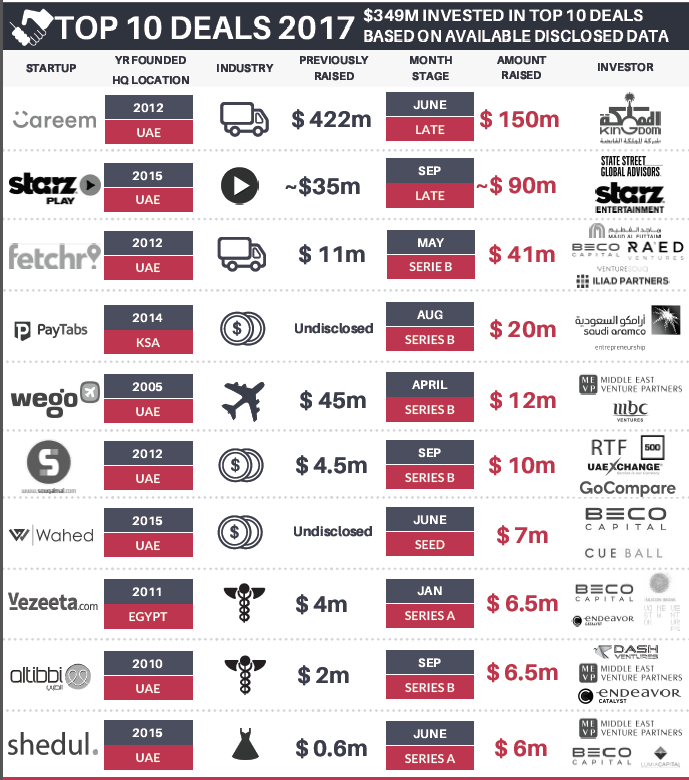 As for key geographic trends, UAE startups continue to dominate the region with 70% of all investment amounts. Saudi Arabia recorded largest increase in investments (up 4% from 2016), and Lebanese startups saw biggest drop in investments- down 12% from 2016. As already highlighted in the individual quarterly reports of 2017, 500 Startups has emerged as the most active VC firm in 2017- deploying investments in over 30 startups following the launch of their MENA Falcon Fund last year. Middle East Venture Partners followed close behind with 14 deals, and KSA-based VC’s such as Raed Ventures, Riyad TAQNIA Fund, and others, also made their presence felt in 2017 as active investors.

To access the full list of startups funded in 2017, and a detailed presentation on 2017 investment trends part of this report, visit MAGNiTT’s official page here, and subscribe.

Why Indian Bike Aggregators are Ready to Take On Global Competitors

Should You Stick To The Rules As An Entrepreneur?

Tesla just settled its yearslong lawsuit with a whistleblower who enraged Elon Musk. But accounting experts say it leaves questions about where hundreds of millions of dollars went.

11 things you can do to stop being manipulated by your phone, according to the tech experts featured in Netflix’s ‘The Social Dilemma’