Blinken: The decision to grant immunity to the Saudi crown prince is based on legal practices… and we continue to review relations with Riyadh

Intelligence assessment: Iran will help Russia manufacture drones to use in the war on Ukraine

Erdogan: My handshake with Al-Sisi is a first step to launch a new path for relations…and this is our only demand from Cairo

Two Syrian soldiers were killed in Turkish strikes, and Ankara announces the “success” of its air operations in Syria and Iraq

Iran vows to take “retaliatory measures” against the IAEA’s decision

America: Our discussion with Qatar on human rights continues after the World Cup

A “shocking development.” Sarah Leah Watson comments to CNN on the Biden administration’s request for immunity for the Saudi crown prince in Khashoggi’s murder

Saudi Arabia.. interacted with a reception ceremony and what was presented to Mohammed bin Salman the moment he got off the plane in Thailand

by Khalaf Elbana
in Misc
0

Today, Thursday, 4/14-2022, the “Seventh Day” website published a set of important economic news, including the announcement of the Ministry of Petroleum about the completion of the necessary procedures for exporting gas to Lebanon, as well as the announcement by the Ministry of Trade of COMESA’s approval of the initiative to achieve regional industrial integration among the grouping countries. …and other news.

Engineer Tarek El Molla, Minister of Petroleum and Mineral Resources, received Dr. Walid Fayyad, the Lebanese Minister of Energy and Water, and the accompanying delegation visiting Cairo. During the meeting, the two sides discussed and reviewed the terms of the contract for the agreement to supply Egyptian gas to Lebanon, which witnessed consensus on most of the terms of the agreement, and the necessary procedures are currently being completed. To start exporting gas to brotherly Lebanon. 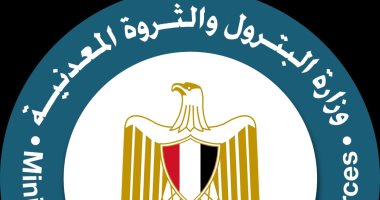 Dr. Muhammad Omran, Chairman of the Financial Supervisory Authority, issued Resolution No. 582 of 2022 approving the amendment of the statute of the private insurance fund for members of the Services Association for workers in the National Theater and the theater and folk arts sectors. 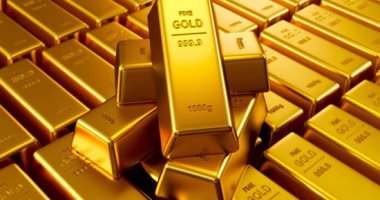 The Minister of Trade and Industry, Nevin Gamea, announced the approval of the member states of the Common Market for Eastern and Southern Africa (COMESA) on the Egyptian initiative to achieve regional industrial integration in COMESA, where it was approved and the General Secretariat was tasked with starting its implementation.

Hala Al-Saeed, Minister of Planning and Economic Development, received Mrs. Beata Javorcic, Head of the Economics Department of the European Bank for Reconstruction and Development, and her accompanying delegation, to discuss ways to enhance aspects of bilateral cooperation. 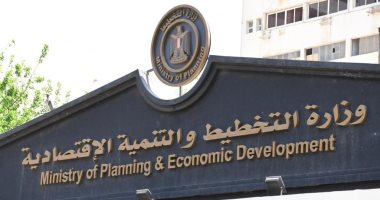 The Chamber of Tourist Companies confirmed that it is in the process of communicating with the competent authorities to take legal measures against all those who defraud Egyptian citizens and deceive them of the possibility of traveling to perform Umrah through virtual visas or through transit flights in some Arab cities.

I have written for many tech blogs (born on April 2, 1982, in Cairo, Egypt), making videos about technology news. In 2019, I was honored by TikTok for Best Influential Podcaster.

Blinken: The decision to grant immunity to the Saudi crown prince is based on legal practices… and we continue to review relations with Riyadh

Intelligence assessment: Iran will help Russia manufacture drones to use in the war on Ukraine

We use cookies on our website to give you the most relevant experience by remembering your preferences and repeat visits. By clicking “Accept All”, you consent to the use of ALL the cookies. However, you may visit "Cookie Settings" to provide a controlled consent.
Cookie SettingsAccept All
Manage consent

This website uses cookies to improve your experience while you navigate through the website. Out of these, the cookies that are categorized as necessary are stored on your browser as they are essential for the working of basic functionalities of the website. We also use third-party cookies that help us analyze and understand how you use this website. These cookies will be stored in your browser only with your consent. You also have the option to opt-out of these cookies. But opting out of some of these cookies may affect your browsing experience.
Necessary Always Enabled
Necessary cookies are absolutely essential for the website to function properly. These cookies ensure basic functionalities and security features of the website, anonymously.
Functional
Functional cookies help to perform certain functionalities like sharing the content of the website on social media platforms, collect feedbacks, and other third-party features.
Performance
Performance cookies are used to understand and analyze the key performance indexes of the website which helps in delivering a better user experience for the visitors.
Analytics
Analytical cookies are used to understand how visitors interact with the website. These cookies help provide information on metrics the number of visitors, bounce rate, traffic source, etc.
Advertisement
Advertisement cookies are used to provide visitors with relevant ads and marketing campaigns. These cookies track visitors across websites and collect information to provide customized ads.
Others
Other uncategorized cookies are those that are being analyzed and have not been classified into a category as yet.
SAVE & ACCEPT